Johnny Cash was known by his deep, calm, Bass-baritone voice. His lyrics often contained themes of sorrow, moral tribulation and redemption. One of the best-selling music artists, he is known for his signature songs "I Walk the Line," "Folsom Prison Blues,” "Ring of Fire," "A Boy Named Sue," along with duet with future wife, June Carter, called "Jackson." Although he was known as a country music icon, his music spanned genres and his sound embraced rock and roll, rockabilly, blues, folk music, and gospel music. During the last stage of his career, Cash covered songs by several late 20th-century rock artists, notably "Hurt” by Nine Inch Nails. Cash died on September 12, 2003 in Nashville, of complications from diabetes. He passed at the age of 71, just four months after the death of his wife. It was suggested that his health worsened due to a broken heart over June's death and he was buried next to her in Hendersonville, Tennessee. 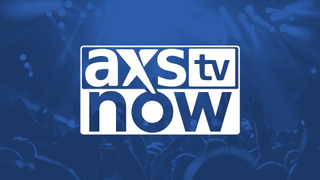 Billy Ray Cyrus opens up about the highs and lows…

Dan Rather sits down with country music super star Wynonna…

In this episode of TrunkFest, Eddie parties at Country Jam…

Sammy visits Billy Bob's in Fort Worth, Texas to check…

Join Sammy and an all-star lineup including Eddie Money, Chad…

Country singer Matt Stell shows off his sentimental guitar, some…