After taking home six Grammy® awards last year, including awards for Song, Record, and Album of the year with his sister Billie Eilish, FINNEAS O'Connell is back at this year's awards with three more nominations. We sat down with him to learn about what it's really like to share the highs & lows of a career with his sister and what he has next for his solo career. 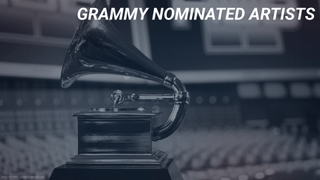 D Smoke On Getting TWO Grammy® Nominations | At Home and Social

Why Rufus Wainwright Deserves a Grammy® | At Home and Social

Nothing But Videos: Best Music…

Nothing But Videos: Best New…

Celebrate Music's Biggest Night with music videos from all eight…

D Smoke On Getting TWO…

In preparation for the 63rd Annual Grammy® Awards, we sat…

Why Rufus Wainwright Deserves a…

Rufus Wainwright was nominated for his first Grammy® all the…

You know her father Billy Ray, you probably know her…

An entertaining and unique review of all things GRAMMY®. From…