Eagles Farewell I Tour – Live From Melbourne captures the Eagles’ performing their greatest hits in front of thousands of fans at the Rod Laver Arena in November of 2004. Twenty-nine songs from the band’s six studio albums are performed—as well as selected solo releases—including hits “Peaceful Easy Feeling,” “Already Gone,” “Tequila Sunrise,” “Life In The Fast Lane,” “Hotel California,” “Desperado,” “One Day At A Time,” and “No More Cloudy Days.” Set your DVR for these iconic performances beginning this Sunday at 10/9c on AXS TV! 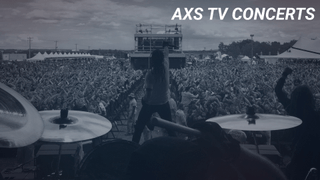 The Best of AXS TV Concerts

Faith Hill: Joy to the…

In this spectacular Christmas concert at the Sears Centre Arena,…

Coldplay - Adventure of a…

Coldplay performs "Adventure of a Lifetime" during their concert Coldplay:…

Trans-Siberian Orchestra performs "Carol of the Bells". Tune in for…

Ann and Nancy Wilson of Heart perform the song "River".…

Willie Nelson plays Always On My Mind on AXS TV…

Nickelback - How You Remind…

Nickelback performs "How You Remind Me" live at Red Rocks…