On his last night alive, Keith Moon heads to a star-studded party, hosted by his friend, Paul McCartney. Surround by temptation, he makes an uncharacteristically early departure from the party, returning home where he takes several handfuls of Hemineverin and falls asleep. Waking up early and disorientated Moon pops more pills and falls asleep again, but this time he won’t wake again. 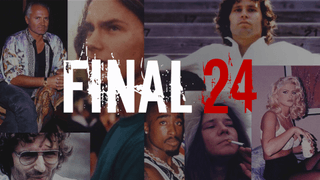