The quintessential members of Fleetwood Mac - Lindsey Buckingham, Mick Fleetwood, Christine McVie, John McVie and Stevie Nicks reunite to commemorate the anniversary of their classic, multi-million selling album, Rumours. Filmed over three nights in an intimate setting at a sound stage in Los Angeles, the band perform songs from Rumours including "The Chain," "Go Your Own Way," "Dreams" and "You Make Loving Fun" as well as favorites such as "Rhiannon," "Say You Love Me," "Sara" and "Tusk." 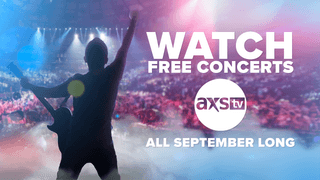 Aerosmith: Rock For The Rising…

The film follows the Rolling Stones across South America and…

Anderson Paak, took over the scene with his DJ and…