With sales near the 90 million mark and a career spanning over four decades, Iron Maiden are giants of the metal scene. The band grew out of London’s East End in the early 70s when bassist Steve Harris tried to find the right musicians to suit his ambitious musical ideas. ‘The Number of the Beast’ made Iron Maiden global superstars. To date it has sold 14 million copies Iron Maiden continue to be one of the world’s biggest metal acts. Their 2010 release, ‘The Final Frontier’ entered at Number one in 28 countries. Featuring archive material, music videos "Running Free", "Run To The Hills" and, exclusive insights from music critics and journalists John Aizlewood, Danielle Perry, Will Hodkinson and Camilla Pia. 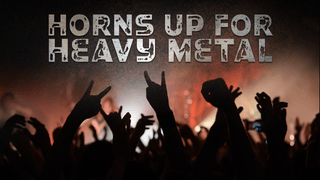 Horns Up for Heavy Metal

Dan Rather sits down with Robert Plant, Led Zeppelin's legendary…

What does it mean to be a true rock believer?…