Jimi Hendrix earned three UK top ten hits with “Hey Joe,” “Purple Haze,” and “The Wind Cries Mary." He achieved fame in the U.S. after his performance at the Monterey Pop Festival in 1967. In 1968, his third and final studio album, Electric Ladyland, reached number one in the U.S. and it was his most commercially successful release, and his only number one album. As the world's highest-paid performer, he headlined the Woodstock Festival in 1969 and the Isle of Wight Festival in 1970. He died from Barbiturate-related Asphyxia on September 18, 1970, at the age of 27. Jimi Hendrix was arguably the greatest instrumentalist in the history of rock music. 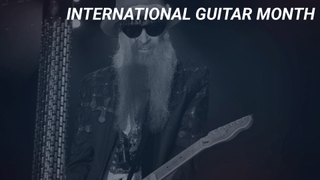 We’re kicking off International Guitar Month with the help of…

From Las Vegas, Dan Rather catches up with music legend…

What does legendary guitarist Jack White have to say to…

Sammy sits down with Robby Krieger of The Doors and…

We’re ranking the best Guitar Gods We’ve Lost. These are…