Alice Cooper: Super Duper Alice Cooper - is the story of Vincent Furnier, preacher’s son, who struck fear into the hearts of parents everywhere as Alice Cooper, the ultimate rock star of the bizarre. From the advent of Alice as frontman for a group of Phoenix freaks in the sixties to the hazy decadence of celebrity in the seventies to the winking comeback as glam metal godfather in the eighties, one will watch in wonder as Alice and Vincent battle for each other’s souls. 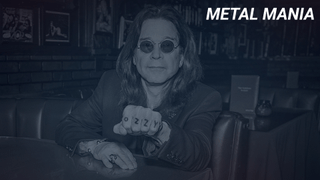 Amy Lee | At Home and Social

While the world around it has changed dramatically, The Rainbow…

Brian Johnson, the former lead singer of AC/DC, sits down…

Find out which 70's Hard Rock Hits make our list…

Black Sabbath: The End of…

The End of The End chronicles the final tour from…

In this episode of Paul Shaffer Plus One, Paul is…

The "enchanting" rock singer plays a game of Rock &…