After taking a turn in pop and country, Gwen Stefani is returning to her No Doubt ska roots with her new single "Let Me Reintroduce Myself". Also... Mötley Crüe releases their own line of hot sauces, Alice Cooper is set to headline the Monsters of Rock Cruise, George Thorogood is releasing an expansive box set of his album, Apocalypse Blue Revival (ft. members of Godsmack) release their debut album, and Bob Dylan sells his songwriting catalog in a 9 figure deal. 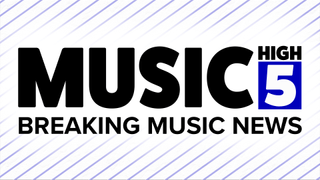 With the New Year Comes…

Check out all the exciting singles, albums, music movies, and…

Foo Fighters are making a horror/comedy film, The Darkness are…

It's Sammy Hagar's birthday bash, Drake and Kanye have beef,…

Learn about AXS TV's newest series: Rock My Collection. PLUS…

Dee Snider drops his new album, Leave A Scar. PLUS…

Juvenile Encourages You To Vax…

Juvenile's classic gets remixed into "Vax That Thang Up". PLUS…

Stand Up & Shout and…

Metallica's Black Album is getting remastered for it's 30th anniversary.…

To The Moon with Flaming…

PLUS - we talk to The Hxliday, Rob Zombie directing…

Festivals are returning, concerts are getting announced... live music is…

After over 50 years in the music biz, Nancy Wilson…

Billie Eilish Is Happier Than…

Billie Eilish has announced her new album! Plus - we…

Alice Cooper is expanding his musical catalog to appeal to…

Give Peace A Video with…

Never before video footage of John Lennon has finally been…

Dave Grohl is swapping writing lyrics for a memoir! PLUS…

Even after he's gone, Lemmy proves to be the coolest…

Time to grab one of Travis Scott's brand new Cacti…

The Guns N' Roses frontman, Axl Rose is trading in…

Rockers Get the Covid Vaccine…

The Nominees Are In |…

Foo Fighters, Jay-Z, Iron Maiden, and the Go-Go's are among…

Marilyn Manson has officially been dropped by his record label,…

New Music From The Foo…

Foo Fighters are getting serious with their new album... or…

The Sounds of an Inauguration…

Inauguration Day 2021 was filled with live music performances from…

Abbey Road with A New…

To celebrate the 90th anniversary of the legendary studio, McCartney…

Even without any publicity, Taylor Swift's surprise album "Folklore" has…

Katie Daryl breaks down the biggest music news of 2020.

After taking a turn in pop and country, Gwen Stefani…

Jimi Hendrix Gets A New…

Jimi Hendrix gets a new guitar in his honor, but…

Here is your breaking music news for the week including:…

You may have been a touch preoccupied this week so…

Music High 5 looks at the biggest news stories in…

The world mourns the passing of Eddie Van Halen... Plus…

"Are You Ready" for new music from #AC/DC? Your music…

What do you think a Lemmy scented candle smells like?…

Plus, a new concert from Stevie Nicks and exclusive interviews…

We have an exclusive interview with founding member of KISS,…

Did you have tickets to have any shows that were…

The Wyld Stallyns are back! Will you be watching the…

Bruce Springsteen and Stephen Stills set the soundtrack for the…

There was no social distancing in #Sturgis, and SmashMouth said…

The legend of Tom Petty lives on, we have an…

Here is your week's worth of music news in five…

Kanye West is gearing up for his presidential run, meanwhile,…

New music from Chester Bennington is found, and Tom Morello…

Here's your week's worth of music news in five minutes!…

Plus, we cover Journey's legal woes, the Smashing Pumpkins' new…

Plus, Nirvana is saying goodbye to that "Nevermind" lawsuit, Brian…

Elton John Teams Up with…

Plus, Ozzy Osbourne is heading home to England because of…

Plus, we look at how the Foo Fighters are paying…

U2 and The Rolling Stones…

Plus, new music from Selena and a favorite rocking movie…

Beastie Boys Get Honored by…

This week, the Beastie Boys got some big love in…

Plus, we've got the scoop on BTS, Beyonce, and more!…

Catch up on this week's hottest music news!

Plus, Pink Floyd is now on TikTok, Harry Styles is…

Kevin Cronin talks about the "Building the Bridge" re-release, Metallica…

The "Riptide" singer talks about his new album, we celebrate…

Katie Daryl looks at a new virtual reality area for…

The Red Hot Chili Peppers are comin' in hot with…

Get the details Halestorm's new upcoming graphic novel and Elton…

New music from Stabbing Westward, Taylor Swift, and Lizzo! Plus,…

Get ready for new music from Stabbing Westward, Taylor Swift,…

Eminem makes history as the most-certified artist for singles in…

Beyonce received her first Oscar® nomination and the Super Bowl…

Katie Daryl is serving up the hottest music news, including…

The Latest on The Rolling…

The Rolling Stones will now have their own line of…

The Doobie Brothers Head to…

Tupac is back with a museum experience in L.A., Bre…

Rihanna is Officially a Billionaire!…

Rihanna is Officially a Billionaire! PLUS - Taboo from The…

Queen Latifah is set to receive a lifetime achievement award…