Dez heads into the studio with GRAMMY®-winning producer Chris Lord-Alge to put the finishing touches on his latest album. After playing his new song, “Wings,” Dez gets valuable feedback from Chris and Eddie, and begins crafting a plan to promote the album and get signed to a label. Back at home, an offended Eddie objects when he learns he’s been passed over for jury duty. 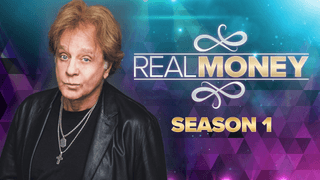 Chaos reigns in the Money home, where Laurie is scrambling…

Eddie and Laurie head south of the border to celebrate…

In Sickness and in Health

Dismayed to find that his eating habits have put him…

The Show Must Go On

The Money Clan have a quick turnaround when Eddie’s agent…

Wanting to clear his mind, Eddie hits the links with…

The Sound of Money

Armed with new music for an upcoming album, Eddie returns…

A conflict between Zach and Julian erupts into a shouting…

Inspired by Dez’s drive, Jesse begins work on some solo…

Feeling weighed down by her life as both a wife…

Eddie and Jesse are invited back to AXS TV’s “The…

Relieved to find their house still standing after the fires,…

With his family in tow, Eddie rolls into Motor City…

I Wanna Go Back

Glad to be back in his old stomping grounds, Eddie…

Eddie and his family head off to the historic town…

Where the Buffalo Roam

Jesse and Dez break from the group to get a…

You Can’t Keep A Good…

Eddie and Laurie discuss the current season of the show.…

The Way That We Roll

Rain or shine, Jesse is determined to prepare a meal…

At the Money home, Joe makes pasta for his dad.…

Eddie, in need of new comedic material, goes on comedian…

On this special episode of “Real Money,” we take a…