Birmingham in the late 1960s was an industrial city, packed with music groups. At its height, the New Musical Express had reported 500 on its bustling circuit and from two of these groups, Black Sabbath was formed. The Beatles would be a key influence for Ozzy, but bassist Geezer Butler also shaped Ozzy’s work, through his lyrics. After signing to Vertigo Records in 1970, the four piece band used their distinctive sound to full effect for their self-titled debut album, Black Sabbath. Black Sabbath became a commercial success, entering the UK top 10 and the US charts. In its first year it sold one million copies. Keen to build on the success, the band entered the studio just four months after releasing their debut. The title track, Paranoid, would lead the new album. Featuring archive material, music videos "Paranoid", "Evil Woman" and, exclusive insights from music critics and journalists John Aizlewood, Danielle Perry, Will Hodgkinson and Camilla Pia. 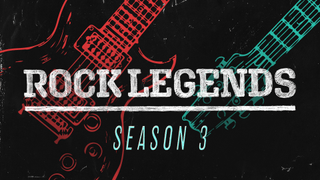