Elvis Presley was regarded as an icon of the 20th century, and was often referred to as "the King of Rock and Roll." With an enormous body of hit singles, commercial success in many genres, including pop, country, blues, and gospel music, he is the best-selling music artist in the history of recorded music. Prescription drug abuse severely compromised his health and he died suddenly in 1977 at his Graceland estate, just 42 years of age. Presley is one of the most celebrated and influential musicians of the 20th century. 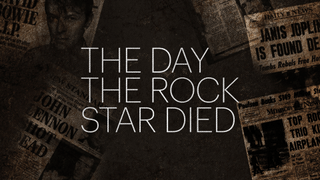 David Bowie was the leading figure in popular music for…

Keith Moon was an English drummer for the rock music…

Amy Winehouse was an English singer and songwriter whose stunning…

Michael Hutchence was the founding member, lead singer and lyricist…

Buddy Holly was a central figure of late 1950s rock…