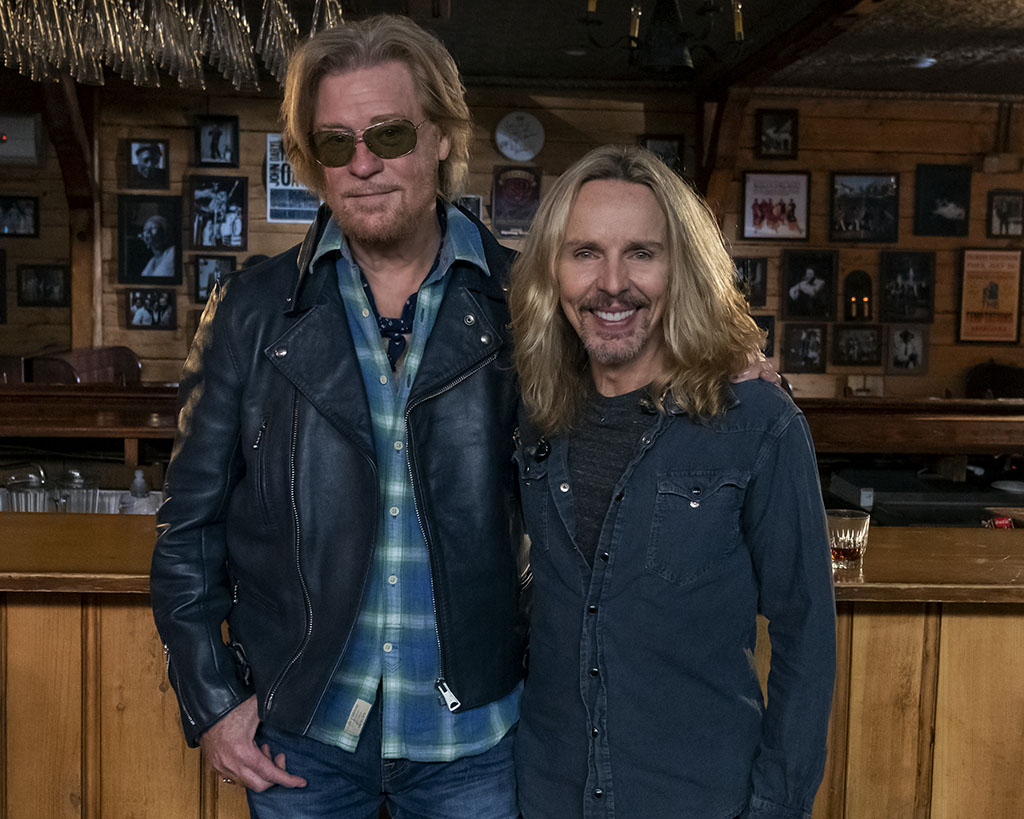 Los Angeles (September 15, 2020) – AXS TV and Good Cop/Bad Cop Productions—the company behind Live From Daryl’s House—continue their strong partnership, bringing 10 additional episodes of the acclaimed music series to the Network’s lineup this fall. In addition to eight fan-favorite episodes, viewers will be able to enjoy two never-before-seen entries when the series returns to AXS TV with a new day and time, airing Thursday, October 1 at 8 p.m. ET/5 p.m. PT.

The series kicks off with a pair of star-studded sets broadcast for the first time worldwide, starting with Hall’s jam session with STYX front man Tommy Shaw on October 1, featuring intimate performances of STYX signatures “Blue Collar Man,” “Too Much Time On My Hands,” and “Renegade,” as well as Daryl Hall and John Oates’ hits “Delayed Reaction” and “It’s A Laugh.” Then, on October 8, Hall joins Ty Taylor, lead singer of L.A.-based R&B quartet Vintage Trouble, for a night of music featuring Vintage Trouble originals “Another Man’s Words,” “Nobody Told Me” and “Can’t Stop Rollin’”. They also perform The Spinners’ “I’ll Be Around,” which was covered on the Daryl Hall and John Oates album “Our Kind of Soul.”

Live From Daryl’s House was created in 2007 by Rock & Roll Hall Of Famer Daryl Hall, who wanted a creative refuge from the grind of touring where he and his talented friends could hangout and rock out in a relaxed atmosphere. The Webby Award-winning program quickly took the music world and the internet by storm with its unique format, as Hall welcomed a new artist into his domain each week to enjoy some local cuisine and conversation, before hitting the studio for an unforgettable jam session. Since that time, Live From Daryl’s House has transformed into a nationally syndicated television series, attracting some of the biggest names in the industry and amassing a loyal cult following of fans eagerly anticipating the next new episode.

In regard to the upcoming season’s lineup, Daryl Hall said, “There are so many great moments.  The O’Jays one gets to the core of what I’m really all about.”

“I’m excited that AXS TV is debuting the Tommy Shaw and Ty Taylor episodes, as the fans have been asking for new episodes.  Our partnership with the team at AXS TV keeps getting stronger, so I’m proud that we’re able to deliver new content, especially during these challenging times,” said Executive Producer Jonathan Wolfson.

“Live From Daryl’s House really resonated with our viewers when it debuted on our Network last April,” said Lucia McCalmont, Vice President of Programming and Scheduling, AXS TV. “We strive to give our audience the best seat in the house to unforgettable performances and unprecedented access to their favorite entertainers, and this series is a perfect reflection of that. We are proud to have the opportunity to feature it in our programming lineup once again, and we are pleased to be able to extend and build upon this successful partnership with Good Cop/Bad Cop Productions.”