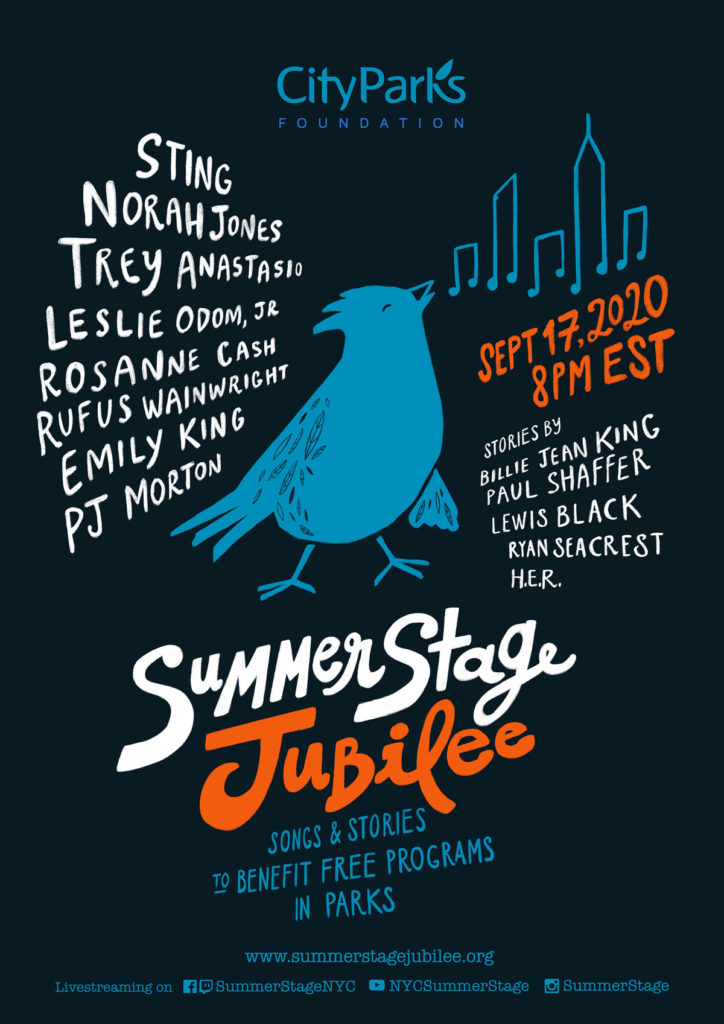 Los Angeles (September 10, 2020) AXS TV announced today that the Network is the national television broadcaster of the 2020 SummerStage Jubilee livestream benefit concert—airing Thursday, September 17 at 8pE/5pP and an encore at 11pE/8pP. SummerStage Jubilee will also be available to AXS TV’s viewers as an on demand offering for up to 30 days following the original broadcast.

“Entertainment and recreation are more important than ever before, helping to provide a sense of normalcy, escape, and balance that is desperately needed right now,” said Frank J. Tanki, General Manager of AXS TV. “We are proud to serve as the national television broadcast partner of SummerStage Jubilee, a truly one-of-a-kind experience that delivers unforgettable performances while raising funds and awareness for the vital programs the City Parks Foundation provides. We look forward to sharing this concert with our viewers, and we hope they will join us in supporting this cause.”

Follow the social media conversation on Twitter @axstv and @SummerStage and by following the official hashtag #SummerStageJubilee.